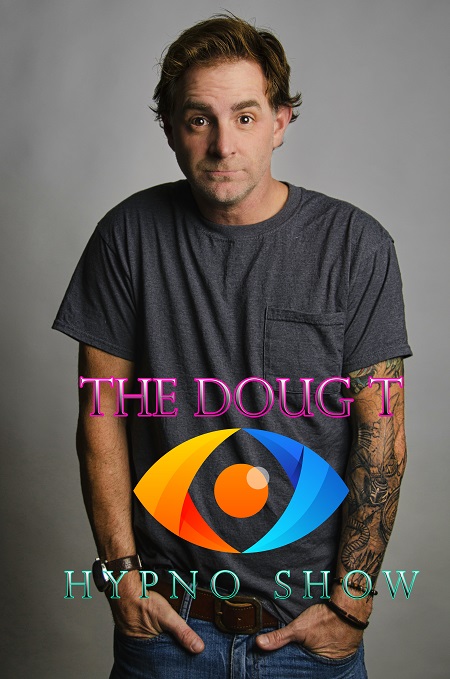 Doug T. is a veteran stand-up comic who has worked with some of the best in the business, touring with acts like the cast of “Impractical Jokers.” Eventually, Doug decided he wanted to take his own act to the next level. He wanted to give audiences something entirely different than the run-of-the-mill comedy show. So he began to study the principles and practice of hypnotism. The result of these efforts is his own brand of comedy hypnotism that’s fun, fascinating, and gut-bustingly hilarious.

Doug’s show is unlike anything else. Fast and funny, Doug keeps his audience in awe. Non-stop comedy, dead-on impressions, and mind-bending hypnotism make this a performance unlike any other. You’ll be talking about this show for a long time to come. But don’t worry about being forced to do something you’ll regret in the morning. This raucously fun evening doesn’t come at the cost of your compromised dignity. Doug T. maintains a mantra of respect toward every audience volunteer who sets foot on his stage.
STAY CONNECTED
Click here to join!
FOLLOW US