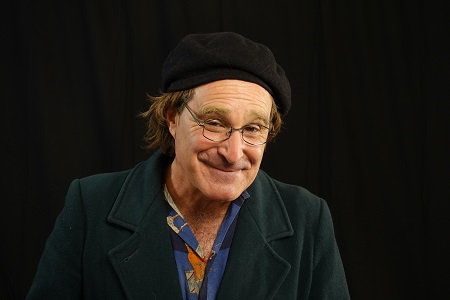 Spend an evening with America's premier Robin Williams tribute artist.  You will feel you are in the presence of one of the funniest and most heralded comedic icons of the 21st century.  Robin was not only a wonderful actor and stand-up comedian, but a philosopher and humanitarian.  The show you will see is funny, poignant and sometimes just a wild ride through the mind of a lovable madman.  Robin seemed to always be teetering on the edge of childlike innocence even when he was being naughty.  If you never had the chance to see him in concert, now is the time.

Roger Kabler is a true renaissance man. Along with being one of the finest comedy impressionists in the country, he is a talented actor and portrait artist.  Roger has served as the spokesman for Zima in national television commercials. He was a regular on the last Carol Burnett series in 1991. He has also starred in his own NBC sitcom, Rhythm and Blues. Additionally, Roger wrote, produced and starred in the award winning movie Who the Hell Is Bobby Roos? and has recently played to sold out showrooms up and down the east coast. Variety magazine calls him ‘an astounding impressionist’.  When not performing, Roger paints portraits of animals and enjoys the outdoors.
STAY CONNECTED
Click here to join!
FOLLOW US